Bonterra Productions Inc., a multi-award winning television production company whose programs have been distributed to over one hundred countries worldwide.

Bonterra’s original productions encompass a wide range of subjects from natural history-reality and travel, to humanitarian programs. They can be seen on multiple networks including Rogers Media, Discovery Channel, and A&E. 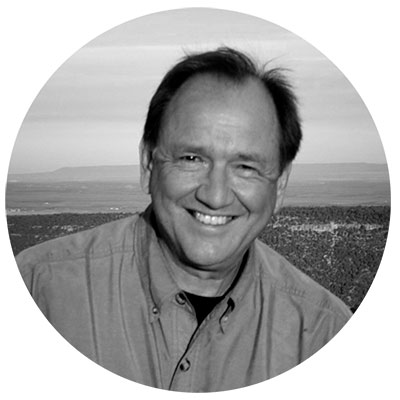 Ihor Macijiwsky is the founder and executive producer of Bonterra Productions Inc. Since 1981, his internationally distributed programs have earned him a reputation for dynamic television that blends adventure with documentary.

His current television creations include the hit series; Mantracker an action packed reality program that pits Canada’s most cunning tracker against two “Human prey” in a riveting chase through extreme wilderness, and Hooked with Mark Krupa, a visually stunning adventure series that redefines the angling genre.

As cinematographer, Ihor has lensed highly acclaimed documentaries from around the globe. The Emmy Award winning, The Plague Monkeys (Africa), Penn & Teller Magic Mystery Tour (India/China), The Dancing Game (Germany), and The Dance of Death (Spain-Hot Docs) are just several of over 200 programs Ihor Macijiwsky has filmed in over thirty years.

Adrian is a professional actor and filmmaker. His cinematographic contributions on the television hit series Mantracker as well as his skillful directing and editing on several short films and marketing videos, has made him a vital member of the Bonterra team. Adrian Spencer has also appeared as a principle actor on several films including 12 Monkeys, Incorporated, and In Bed. Artist Management Inc. in Toronto and Elevate Entertainment in Los Angeles represent him. Adrian’s photographic work can be viewed at bonterradigital.com.

An exhilarating human hunt through rugged wilderness. Mantracker is awesome.

The Xeni Gwet’in First Nations cowboys have co-existed among these majestic animals for centuries and have developed a spiritual, protective bond. Today the survival of these storied horses (Cayus) is dire, as mounting pressure from outside forces increases. The Xeni are committed to help sustain a healthy sized herd-even if it requires the dangerous task of capturing and breaking “taming” some of these mysterious, elusive Cayus.

This Gemini Award winning television series injects outdoor science with exhilarating action! Witness a thrilling manhunt in a variety of untamed wilderness regions throughout Canada and the U.S. Internationally distributed throughout North America and Europe. See more at Mantracker.ca

Battling the denizen of the deep as well as Mother Nature’s temper, Mark Krupa explores Canada’s unrivalled wilderness as he tackles the pinnacle of angling adventure. Award winning cinematography lures you head first into the action! Internationally distributed throughout Canada, U.S. and Europe.

A notebook and pencil. While in a tiny village in Northern Nicaragua, Tom Affleck, SchoolBOX founder gave two young girls a notebook and a pencil. One of their fathers, seeing this simple gift smiled broadly and said ‘Now that you have a notebook and a pencil you can go to school this year.’ This simple statement profoundly impacted Tom and eventually led to the creation of SchoolBOX. A groundbreaking charity, which has since built dozens of primary schools throughout Nicaragua.

Two non-profit organizations in Cape Breton, Nova Scotia, Canada have partnered to create an innovative new community space. This is their story.

This promotional video showcases a customized personal approach to travel. The award winning Bonterra production team follows an intimate group as they experience the historic beauty of Rome and the culturally rich Tuscan countryside.

The following programs have been produced over a ten-year span between Ihor Macijiwsky and Good Earth Productions. In partnership, they amassed over 118 hours of television programs that were distributed worldwide including Discovery Channel & History Television. During this period Ihor received a Hot Docs award (Winner: Best Environmental Documentary) and a combined seven Gemini nominations as producer & cinematographer.

Great Canadian Parks captures all this activity with vivid footage that is a testament to the superior camerawork of this series.

Ihor Macijiwsky is a winner of multiple awards including a Gemini Award (Director, Mantracker – best reality program or series), and a Hot Docs Award (Producer Ellesmere Island, best environmental program). His cinematography has contributed to many other Awards including an Emmy Award for The Plague Monkeys (Outstanding Investigative Journalism), and a Gemini Award for best editing; Jesus In Russia.

Magnificent panoramic photography is matched with aerial and underwater camera work to make each episode a visual feast.

Thanks for stopping by and checking out our work.
Please contact ihor@bonterraproductions.com for any enquiries.